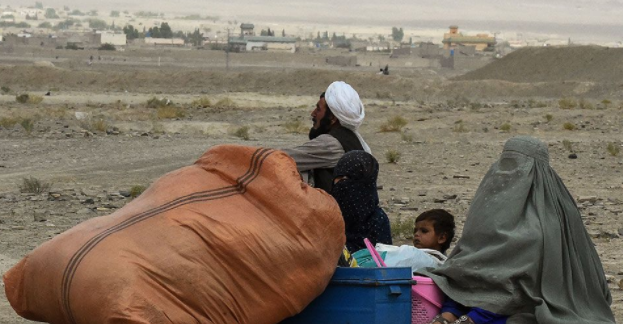 After the US Army left Afghanistan the terrorism and clash between Taliban and Afghanistan increased rapidly. Within two week Taliban captured almost more than 50% of cities and on the verge of acquiring Kabul: The Capital of Afghanistan. The Rapid growth in Taliban happens just after the US Army decided to return to US. These results in Chaos and now the people are forced to leave their country for sake of their life.

Afghanistan government is trying it’s best to stop but this is getting worse day by day. The situation seems like Syria and Iran where different terrorist groups conquered the cities and war are going on continuously. Now the news is coming that Taliban is working and destroying the Afghanistan on the pointing of Pakistani agency ISI. Top Talibani leaders are attending meeting with PM of Pakistan and President of China. Pakistan wants to take control of Afghanistan through Taliban.

The heavy fight with ammunition is going on a large scale in different provinces of country. This last Sunday even flights were cancelled due to bombing near airport.

Taliban is now starting to attack on Indian government made infrastructure in Afghanistan. As it also threatens and started bombing on Salma Dam.

Afghanistan security forces have stopped temporarily the attack of Taliban on the Salma Dam built by India in Herat province. The dam cost around 300 million and supply water in several districts of region.

The Salma dam is also known as sign of Afghanistan India friendship and one of the most desired projects undertaken by Indian government in Afghanistan. Dam was inaugurated by PM Narendra Modi and President Ashraf Ghani in 2016.

Over the last 20 years the war continue but it slowed down when US army contingent was here. As they moved the war again spread rapidly.

Taliban is meanwhile also controlling the border area near Pakistan and Iran border.