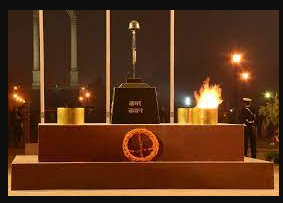 On the occasion of Kargil Vijay Diwas, we are going to give a peak on the bravery of Indian Army.

Today is celebrated as Vijay Diwas as India successfully recovered its one of the highest command post. The Kargil war was fought approx 60 days and end on today in 1999. This was last full fledged war that fought between India and Pakistan. Even now the ceasefire violation happens but not war. Kargil war was fought because the Palistani army took advantage of melting snow and captured many outposts of Indian territory.

Pakistani army even denied the fact for some time and claimed that these posts are captured by AZAD KASHMIRI REBEL FORCE. Although when Indian army again wanted to control their outpost Pakistani army fled.

In honour of Kargil war heroes it is decided that 26th july will be celebrated as Vijay Diwas and a war memorial is also built at India Gate in New Delhi. Functions are also organised at this place commemorate the contribution of peoples who lost their life for the country and Armed forces.

After Indo-Pak 1971 war , there was a long gap of direct combat of these two countries. After one of the largest defeat in world history that about 91000 soldiers have to surrender. Pakistan didn’t bring changes in politics of country or nature. Pakistan leaders always did politics on matter of Kashmir or conflict with India.

The backstory of Kargil war is very interesting if you read this.

As in 1998 the both neighbour successfully tested nuclear weapon, a treaty was signed between these two nation in Lahore in 1998 about being peaceful on their borders and Kashmir. But in 1999 in Pakistan the government is changed within few days and military chief Parwej Musharraf became the president of State. In the winter of 1998-1999, Pakistani army forces were covertly sent into Indian side of LOC in name of training.

Their plan was to capture the outposts in Siachin as many higher outposts are abandoned in winter. With small deployments of Pakistani army they secretly captured many Indian outpost. Actually the motive of Pakistani army was to stretch the Kashmir matter onto International stage and involvement of UN. They also want to use this opportunity as negotiating with border issue.

When Indian army knew about the conspiracy first they think that this is work of Jihadis and they said that they will again capture their post within 4-5 days. But when they learnt that something bigger is going on behind the scene. It is expected that Pakistani army almost captured 150 km square to 200 km square.

527 Indian soldiers lost their life during this operation and Amar Jawan is dedicated to them. Although Pakistan never gave their official data of martyrs but it is believed that it is between 500-4000.

Gallantry Awards given to Indian Martyrs

In this cowardly act of Pakistan, It got heavily criticized around the globe. Even after that they conclude that they want to bring this issue on international stage. Actually they never learnt the lesson on the border dispute and Kashmir matter.