It is a mode of reproduction in which the young ones are produced through the process of formation and fusion of gametes.

Difference between Asexual and Sexual Reproduction

In plants Flowers is a condensed shoot which is specialised to carry out sexual reproduction. Flower borne over a stalk called pedicel. There is a broad base called thalamus.

Unisexual Flower :  Flowers are called unisexual if they have either stamens(male) or carpels (female), e.g: papaya, watermelon,

Bisexual Flower : Flowers are called bisexual if they have both stamens(male) or carpels (female), e.g: Mustard, Hibiscus

Each stamen has a slender stalk called filament, There is a terminal knob like swelling called anther. Anther contain four pollen sac and each sac contain pollen grain which later fuse with egg of female part of flower to produce new one.

Flower with one carpel is known as monocarpous, and it is called Polycarpous if a number of carpel are present. Each carpel has a basal swollen ovary, a stalk like style and a terminal receptive part called stigma  each ovary contain ovules which fuse with pollen grain.

Pollination : Transfer of pollen grains from anther to stigma is called pollination. It is of two types

Human beings show sexual dimorphism as they are unisexual. The sex cell or gamete in human start forming at puberty, at this time gamete producing primary sex organs begin to work. Which produce germ cell

1)Testes (Singular-testis) : They are male gonads or primary sex organs which produce sperms and secrete the male sex hormone called testosterone. Testes lie outside the body in a two chamber pouch of loose skin called scrotum. It acts as thermoregulator by changing position of testes and keeping a temperature 1-3°C below that of a body. Testosterone regulates formation of sperms, puberty changes in boys and maintenance of secondary character.

2)Epididymes (Singular-epididymis): Each testis opens into a long coiled tubule of 4-6 m length through 12-14 fine tubules called vasa efferentia. The long tubule is called epididymis. It stores and nourishes the sperms.

4)Seminal Vesicles:  They are a pair of lobulated glands that produce 60-70% of semen plasma having fructose, proteins and other chemicals for nourishing and stimulating sperms.

5)Prostate Gland:  It is a single large, pyramidal gland that occurs in the area of union of urethra with ejaculatory ducts. Secretion of prostate gland is thick milky and alkaline, It contains chemicals essential for motility of sperm.

6) Cowper’s Glands (Bulbo-Urethral Glands). They are a pair of small glands that open into urinogenital duct. It is rich in mucus. The secretion lubricates urinogenital duct and neutralises its acidity.

7)Penis:  It is male erectile copulatory organ. Its tip is broad, sensitive an covered by a fold of skin called prepuce. Internally, penis has three of spongy tissue.

8)Semen:  It is milky, viscous, alkaline fluid ejaculated by males during orgasm. The quantity is 2.5-4.0ml with 300-400 million sperms. Semen contains fructose, protein, and several chemicals for nourishment and motality of sperm.
9)Sperms: They are tiny dart-like male gametes each of which has three parts-head, middle piece and long tail.

Its consists of organs that produce an ovum periodically, facilitates its fertilization and later growth into a foetus.The female reproductive system consists of a pair of ovaries, a pair of fallopian tubes, uterus, vagina,

1) Ovaries: They are a pair of almond-shaped female gonads or primary sex organs which lie near the kidneys. Besides forming ova, ovaries secrete two type of female hormones, estrogen and progesterone, Estrogen control the development of female secondary sexual character. Progesterone is required for development of uterine lining to receive and nourish the embryo if formed.

2) Fallopian Tubes (Oviducts): They are a pair of curved tubes, about 10-12 cm in length. At their distal ends the two fallopian tubes open into uterus. Proximal end lies near the ovary. It is site for fertilization of ovum.

3)Uterus (Womb):  It is an inverted pyriform, muscular thick walled but distensible bag like organ which is  specialised to retain and nourish the foetus during pregnancy. Uterus tapers towards the lower end to form cervix. Cervix opens into vagina.

4)Vagina :  It is female copulatory organ, birth canal as well as passage-way for menstrual flow. 4

5) Éxternal Genitalia (Vulva). Vaginal orifice lies in a depression called vestibule. Vestibule has two pairs of fleshy folds on the side. There is a urinary meatus (urinary opening) on the upper side. A small pea-shaped erectile outgrowth known as clitoris is present above urinary meatus.

6) Bartholin’s Glands : They are a pair of small glands which open lateral to vaginal orifice. Their secretion lubricates and ncutralises any acidity of vagina.

Placenta: it is region grow to form a special, spongy disc shaped tissue, its  main function is to provide nourishment to embryo in mother’s uterus after implantation, it also help in excretion of baby.

Parturition : The act of giving birth of baby is known as parturition.

Menstruation: The discharge of blood, mucus and broken pieces of endometrial lining is called menstriuation.

How do organism reproduce (Asexual Reproduction) 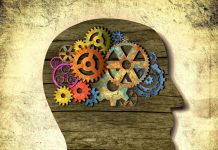 Junko Tabei: Google Doodle praises the first lady to arrive at the summit of...

Mahatama Gandhi His biography, history and Contribution for India

15 Intresting Thing Which We Should Know About Durga Puja

How do organisms Reproduce(sexual reproduction)