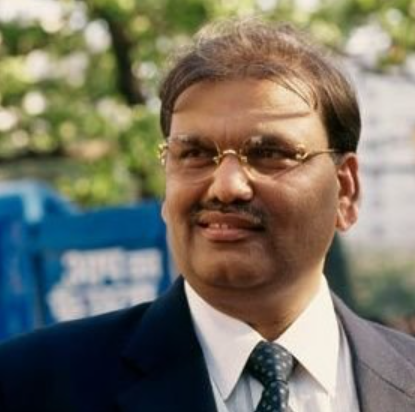 Harshad Shantilal Mehta popularly known. He was the man due to which we saw a very fine and IMDB ranked 2 web series in the category “The Scam 1992“.

Harshad Shantilal Mehta was born on 29th July 1954. This is the man due to which we experienced a great web series. The man behind the biggest scam at his time which shook the whole stock exchange

Harshad Mehta was born in Rajkot, Gujarat but spend his childhood days in Borivali, Mumbai. His father was a small textile businessman. He did his early study from Janta public school Bhilai. He was an average student and did not show any special promises in school days. He completed his B. Com from Lala Lajpat Rai college in 1976. After that he worked a number of small and different jobs in a span of eight years.

In this span he worked from being a salesman of hosiery to sorting diamond and even worked as sales person in assurance company. He got interested in stock market in early 1980s. He started as clerical level job at brokerage firm Harjivandas Nemidas Securities as jobber for Prasann Pranjivandas who he considered as his Guru.

In the next 10 year, Mehta was on another level. He served in every position of responsibility of brokerage firm. By 1990 he had risen and magazines such as Business today tout him as Amitabh Bachchan of Stock market. And of course you all know who he is.

He even get his nickname The Big Bull in meanwhile.

During the 1990s Mehta was a big name in the market and very popular. His lifestyle was no less than a global superstar. A sea facing 15000 SQ feet penthouse in Mumbai with a golf course and a swimming pool. His fleet of cars including a Toyota Corolla, Lexus LS400 and more which was even rare for the rich people of India.

He did a number of frauds with the system and used the loopholes of the system. He had some internal ears in industrial area which he used as the game changer in stock market.

He first did Stamp Paper fraud in early 90s.

In early 90s banks were not allowed to directly invest in equity but they can do it through some sources and expect to retain some ratio of assets. Mehta saw a loophole in this and demand the bank to transfer the same fund in his personal account and promised them a higher interest rate. There was generally 1-2 week gap between fund transfer to invest so Mehta used this time and invest the fund according to himself for certain days and earned a lot more than the interest rates. He used the bank money for his personal benefits.

Next and His last and most biggest was Bank receipt fraud

At that time bank receipt were used in these heavy transactions so in that thing bank does not give the money to borrower. Securities issues amount of BRs  and Instead they give these receipts and one can trade with amount of receipts as original money. For giving the receipts securities needed to collect the whole amount from borrower but another loophole here.  Once fake BRs were issued, they were passed to bank and in turn bank had to give the money to Mehta. In the meantime Harshad used this opportunity and made a bull run to ACC stocks. He rose them from 200Rs to 9000Rs. That was increase of 4400%. Stocks got overheated and when Mehta withdrew it was the day whole market crashed.

These scams were founded by a reporter names Sucheta Dalal through the columns of The times of India. With her brilliant efforts she was able to discover the scam that were behind the scene. She discovered that Mehta used small banks to issue BRs and get money from another big bank on the BRs in turn. At the time the scam was discovered Harshad Mehta was highest taxpayer of India. It was shown that there were loopholes in system and SEBI was given more power after this scam. They made some strict rules regarding this so that it never happens in future. There was also some big names after the scam was discovered that they helped Mehta in doing these. Mehta even blamed the PM in this scam and many more.

His brother continued to fight his case on 27 criminal charges that were against Harshad Mehta.