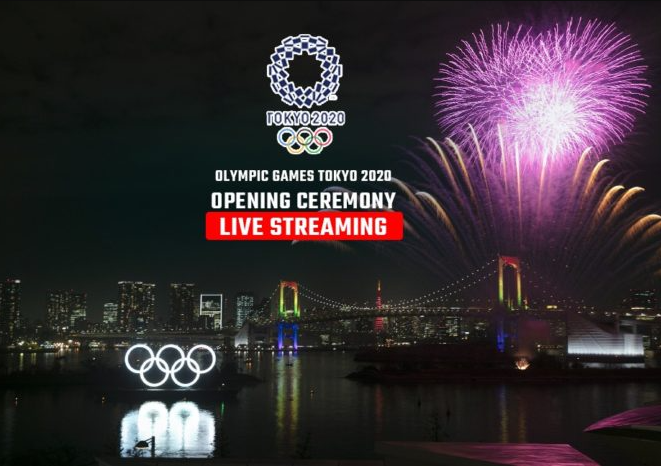 On occasion of opening ceremony of Tokyo Olympic 2021 we are going to throw some light on Olympics. Tokyo Olympic was scheduled in 2020 but were postponed due to

There are 339 events in 33 sports this time. Tokyo is the first city in Asia to hold two summer Olympic games. First in 1964 and now in 2021. It was also scheduled in 1940 but Tokyo withdrew cause of WWII. As the governing body IOC is responsible for selecting the host city. The winner gets Gold, Silver, Bronze medal. There is also an Olympic flag which consist of five rings of different colours which represents different continents. Blue for Europe, Yellow for Asia, Black for Africa, Green for Australia and Oceania, Red for North America and South America.

Ancient Olympic was like a festival for athletes held every four years in Greece. Actually even now the origin of first Olympic is a mystery but is believed that it was like festival in Olympia in Greece where athletes from many region came to participate. According to myths, It was Hercules who first called it Olympic and built the Olympic stadium as an honour to his father Zeus. The widely accepted date believed today is 776 BCE. The ancient Olympic featured running events, Discus and Javelin throw and Chariot race. Wrestling and other events were there too. The winners were admired in poems and statues. The ancient Olympic reached its height in 5th – 6th century BCE. But it started to declined as Romans get powerful and gained controlled in Greece. It ended most probably in 393 AD.

The creation was inspired from ancient Olympic. Baron Coubertin founded IOC in 1894 that lead to its first Olympic. After centuries it officially started again in 1896 in Athens. About 14 nations and 241 athletes participated in 43 events. This was organised by IOC and decided to host on every 4 years. Second game was held in Paris in 1900. After the success in Athens Olympic there was also doubts about success as it failed to attract athletes participation in 1904 Olympic. Many changes took place in for success of Olympic games and the participation increased by next Olympic. IOC also started Winter Olympic, Paralympic and Youth Games.

Since then Olympic is going on. As per data till the date only five countries have taken part in every edition of Olympic. They are Australia, Britain, Greece, Switzerland and France.

Many controversies also raised in Olympic but it is only competition in whole world where currently athletes from more than 200 countries compete for the glory of their country. Olympic was changed very much due to politics and media influences in past. Many countries boycotted the Olympics on different occasions mostly during Cold war. Media also influence the Olympic as get broadcasted on television and get support from whole world.

Now a days Olympic is biggest competition in some of the game and a single tournament where most of the country participates.