HomeOn TipsPegasus: What is Pegasus? Why this is in headlines?
On Tips 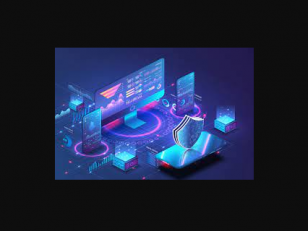 We all are hearing news about Pegasus spyware things lately in the news. This leak brings the quake in politics and in India it is claimed by top opposition leaders that they were being spied with help of this application and government is funding them.

The question about it is, What is Pegasus? How this application works? Why this is in the news lately? These are the things every body wants to know about Pegasus but they just don’t know where to ask. We are here with brief details about that.

Pegasus is a type of application from Israeli cyber firm NSO group. This spyware triggered outrage around globe after wikileaks leak. Basically this software is provided but can’t run properly without a local workshop. It is very complicated software and a deficient infrastructure is needed to use it. This require almost workspace of 200 square metre to setup the server with adequate hardware.

Why this is hot topic in our country?

Actually it is claimed by top opposition leader that they are being spied by government of India with the help of this software. In the current sessions of Loksabha and Rajyasabha the MPs raised their voice against government of India and even it became a hot topic in whole country.

It does not matter which news channel you are watching, you will see the issue as  topic of debate with some expert and leaders from different political parties. Everyone seems so knowledgeful that they start talking on the hot topic and matter goes into the past blaming INC government that they used to spy on top leaders that does not matter of which party. The lack of proper debate and knowledge about the issue is even not giving a clue to normal citizen of our country about it and is claimed that Right of Privacy of everyone is in danger.

Recently IT minister Ashwani Vaishnav give the statement that there is no role of Government in Pegasus spyware and it is also claimed by leaders that it is funded by Government.

There is also demanded by opposition leaders that a committee headed by Supreme Court or Parliamentry Board should check the credibility stated by Indian Government and Investigate the matter properly.

If this Pegasus is really spying then the right of Privacy is disturbed and Government should take action on it instead of giving report about them. This is not only a matter for few people privacy, It’s all about the whole country.

Please express your views toward the case in Comment section